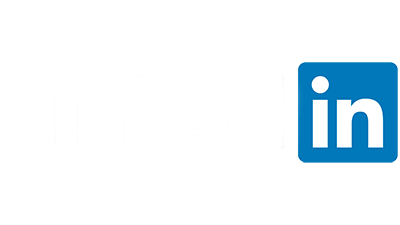 Founded in 2005, AIM is an internationally recognized and trusted leader in aviation maintenance. We attribute our success to our outstanding service and value, our growth in capabilities and certifications, our continual investment in new technologies and our focus on the heart of our business – our Customer. 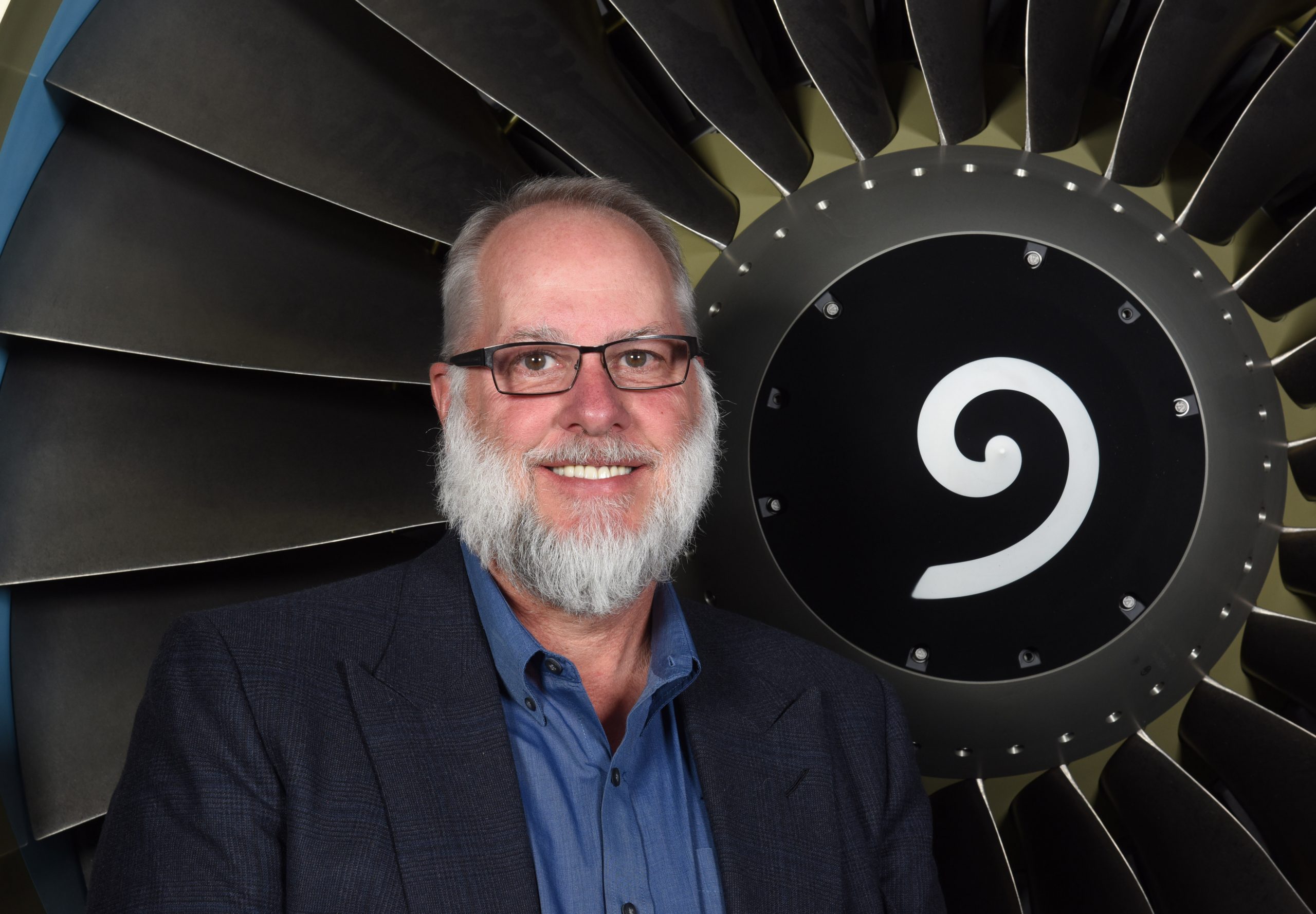 Craig Grave is the founder, CEO, and President of AIM. He has a lifetime of experience in Commercial and General Aviation Maintenance and an equally long track record in flying.

He started AIM in 2005 and attributes its success to his knowledge of and insight into customer needs. “I spent many years as a customer of MROs such as AIM, so I know what they want and have structured my company to deliver the service I would have wanted,” he says.

Craig graduated first in his class with an Applied Science Degree in Aviation Maintenance Technology. As well as being a Licensed A&P, he is also a Commercial Multi-Engine Aircraft pilot, a helicopter pilot, and has a single-pilot type rating to fly Citation Jets.

Craig’s motto is: “Be better than the other guy. Do the job once and do it correctly. Hence, ‘AIM high and AIM for excellence!'” When not in the air, he loves hunting, fishing, motorcycling, and traveling. 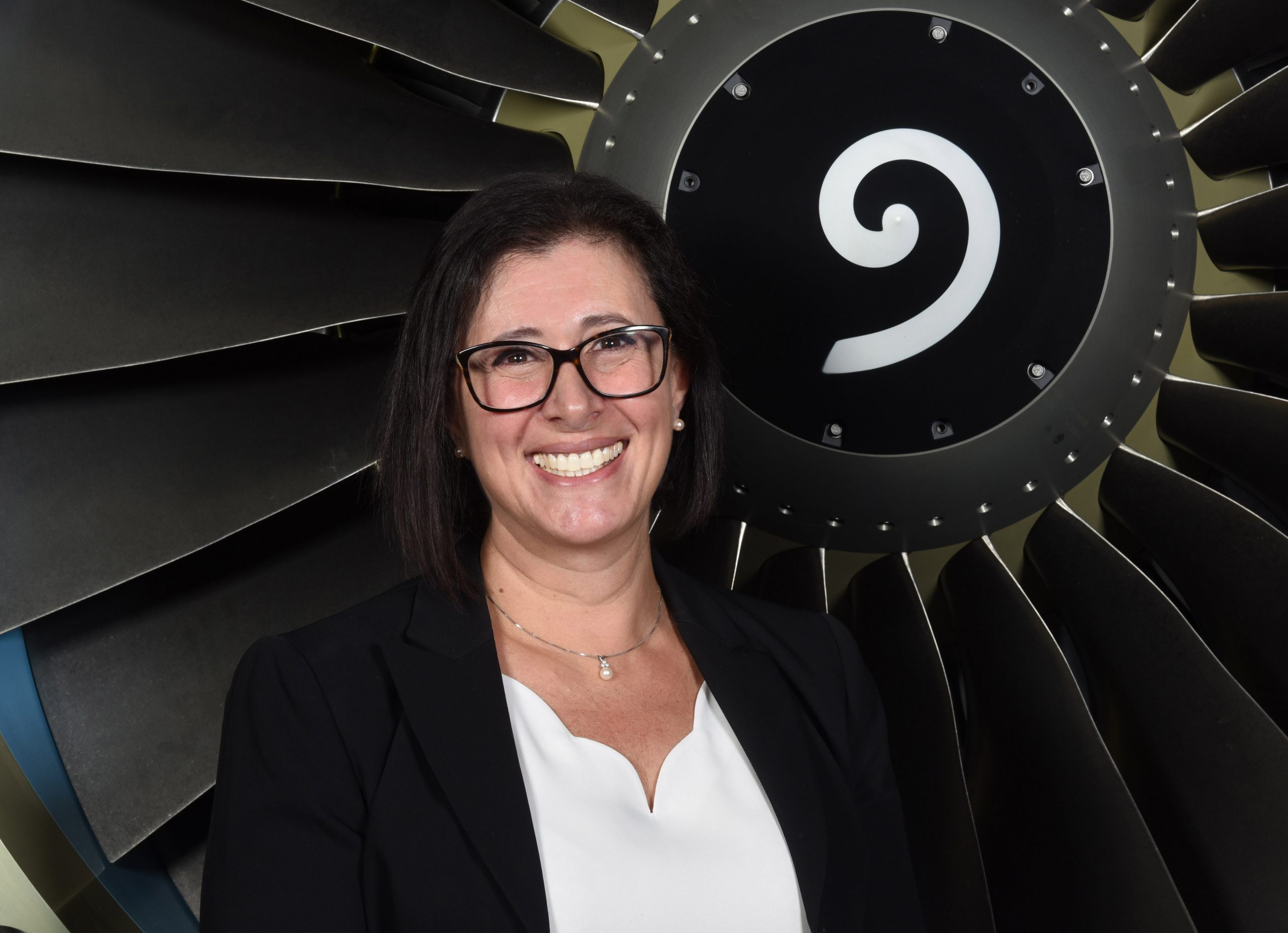 Jacqui Paravano, Chief Financial Officer and Director of Quality and Administration, also directs AIM’s Operations and Human Resource Departments. She joined AIM in 2007 and two years later co-wrote the policy, requirements and procedure for AIM to obtain accreditation as an FAA/EASA 145 Certified Repair Station. Other achievements include her advancement to Director of Finance, Administration and Quality and then to Chief Financial Officer, as well as gaining Repair-Station accreditation from international agencies, including EASA, TCCA, and Bailiwick of Guernsey. She also developed AIM’s policies and procedures, and recruited and trained the company’s directors, managers and support staff.

Jacqui is South African by birth and a graduate of the University of the Witwatersrand in Johannesburg, South Africa. She moved to the USA with her husband and three daughters in 2006. In her leisure time, she enjoys cycling, motorcycling, traveling, reading, watching movies, and spending time with her family. 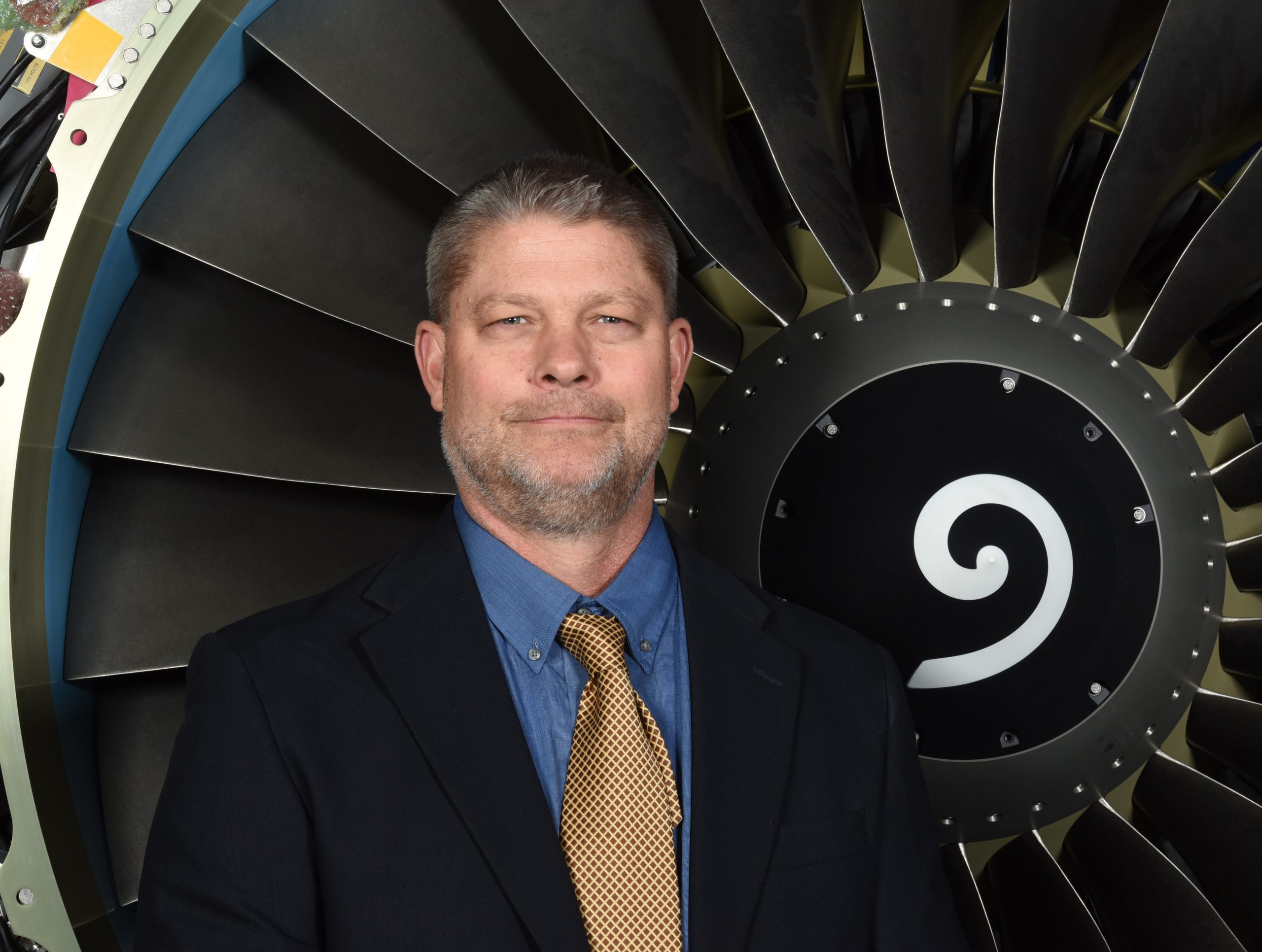 Garrett Schulze has been AIM’s Sales & Marketing Director for three years, and is responsible for marketing the company and incoming sales.

Garrett’s experience includes positions as Powerplant Manager, Aloha Airlines, and Operations Director, KP Aviation. He has also been Director of Maintenance at TIMKEN Overhaul Services and worked as a Powerplant Representative for Willis Lease Finance Corporation. These posts have given him a broad spectrum of knowledge about the industry, equipping him with the ability to provide holistic solutions to Customer problems and queries. He is passionate about Customer service and enjoys exceeding their expectations.

Garrett is a family-oriented person and spends his leisure time with his wife and children. 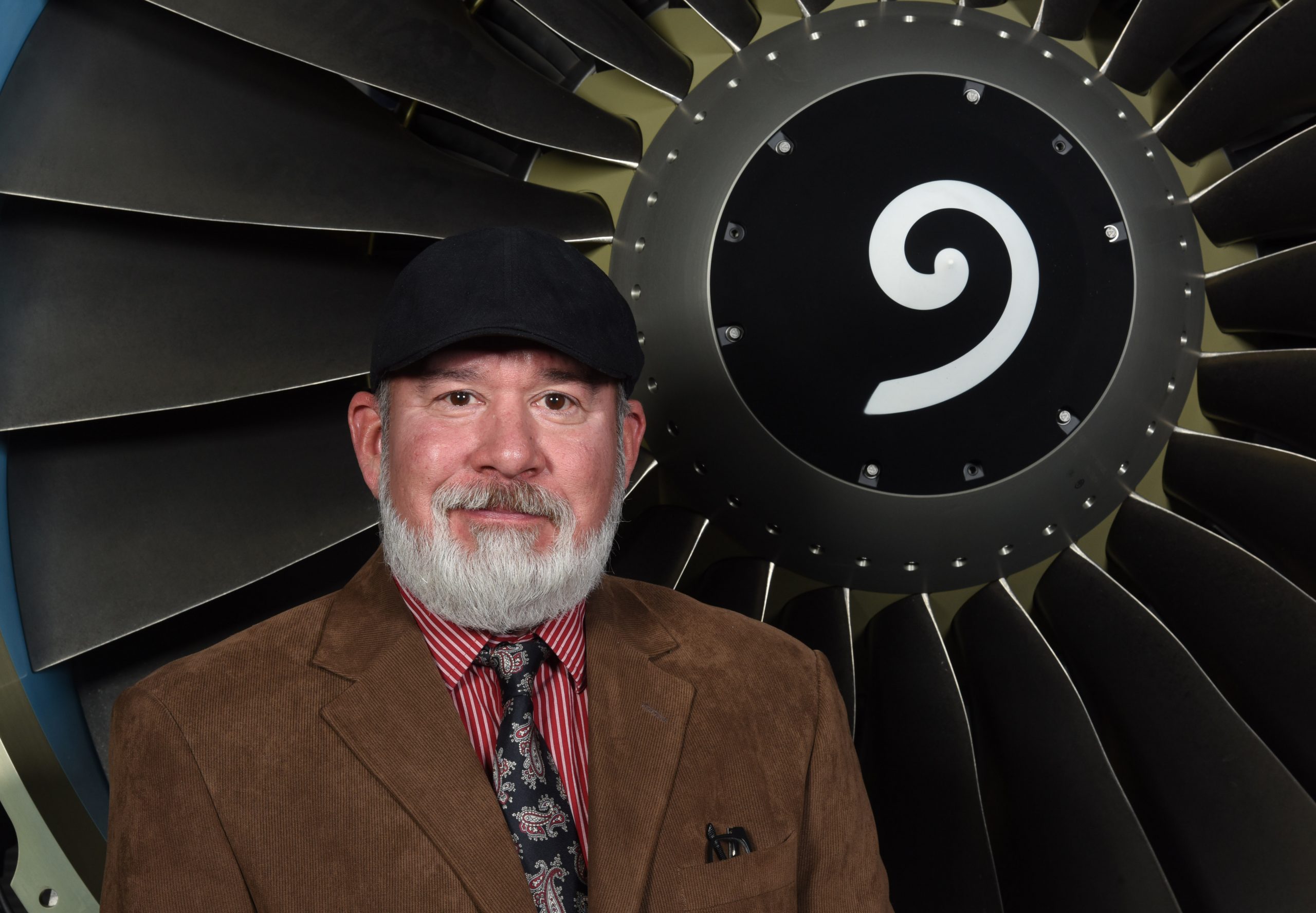 Steve Badolato Jr, AIM’s Chief Inspector, has a proud history of 40 years in the aviation industry. He works closely with the company’s Quality Manager to ensure that the Inspection Department operates optimally. Steve is wholeheartedly committed to AIM’s standards as they set new industry benchmarks. He has experience in both business and commercial engine inspections, driven by his goal of exceeding customer expectations and converting them into repeat business.

Steve has an Associate Degree in Applied Technical Sciences from the Academy of Aeronautics. When not working, he can be found 150 feet underwater playing with sharks. 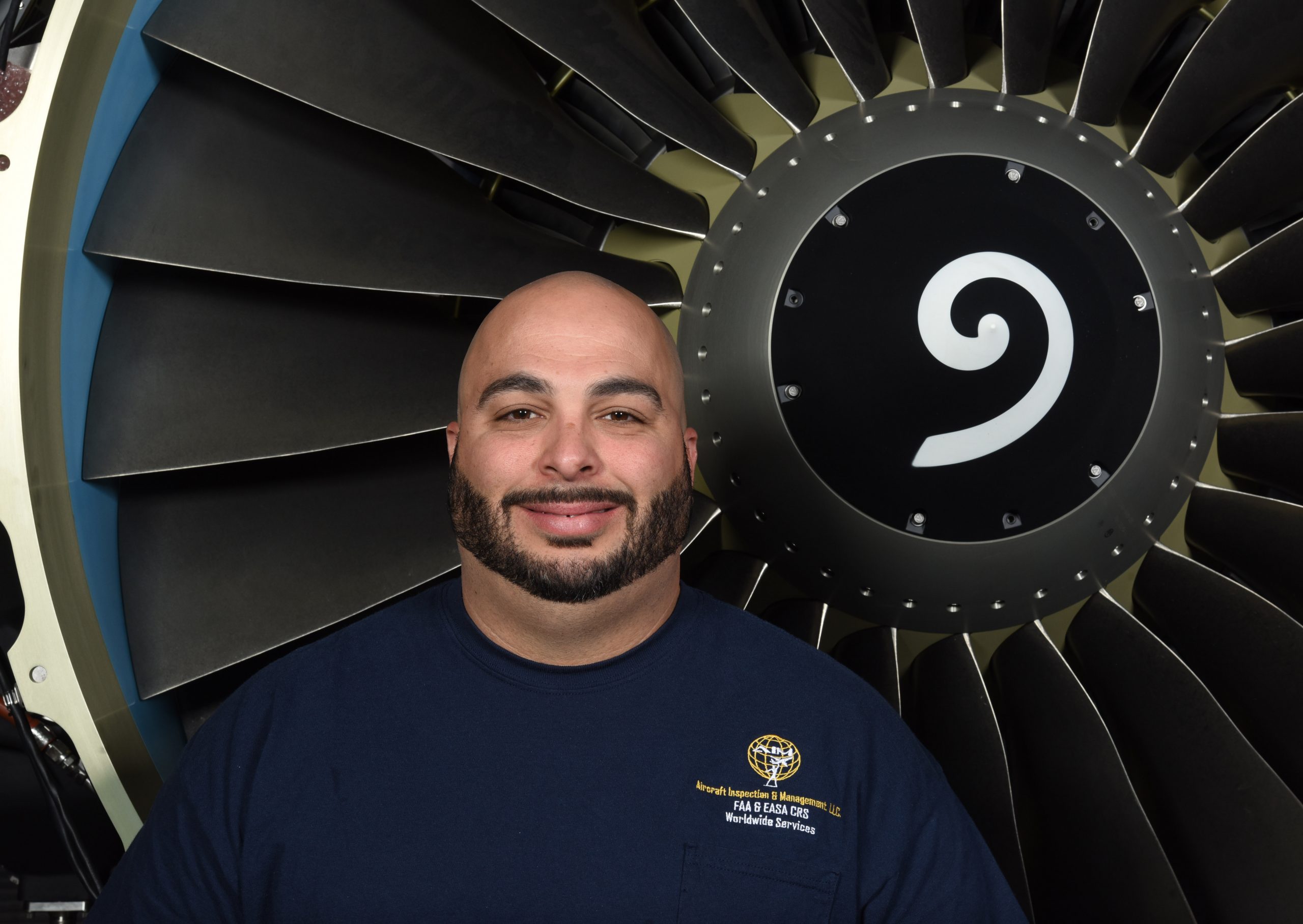 Yordany Gonzalez, AIM’s Shop Supervisor and CFM Specialist, brings over 10 years of turbine maintenance experience to our team. He works closely with the Quality Department and technicians to ensure a rapid turn-around time, while maintaining AIM’s highest quality standards. His commitment to excellence and training of our younger mechanics has made a lasting impact on AIM’s future generations of innovators. Yordany is a certified A&P technician experienced in multiple engines, including CFM module repair and overhaul. He worked for companies such as CTS Engines, Aerotech OPS and LCI before joining AIM.

Yordany is originally from Miami, Fl. In his leisure time, he enjoys building and riding motorcycles, boating, traveling and spending time with his family. He is also a gourmet Cuban coffee barista. 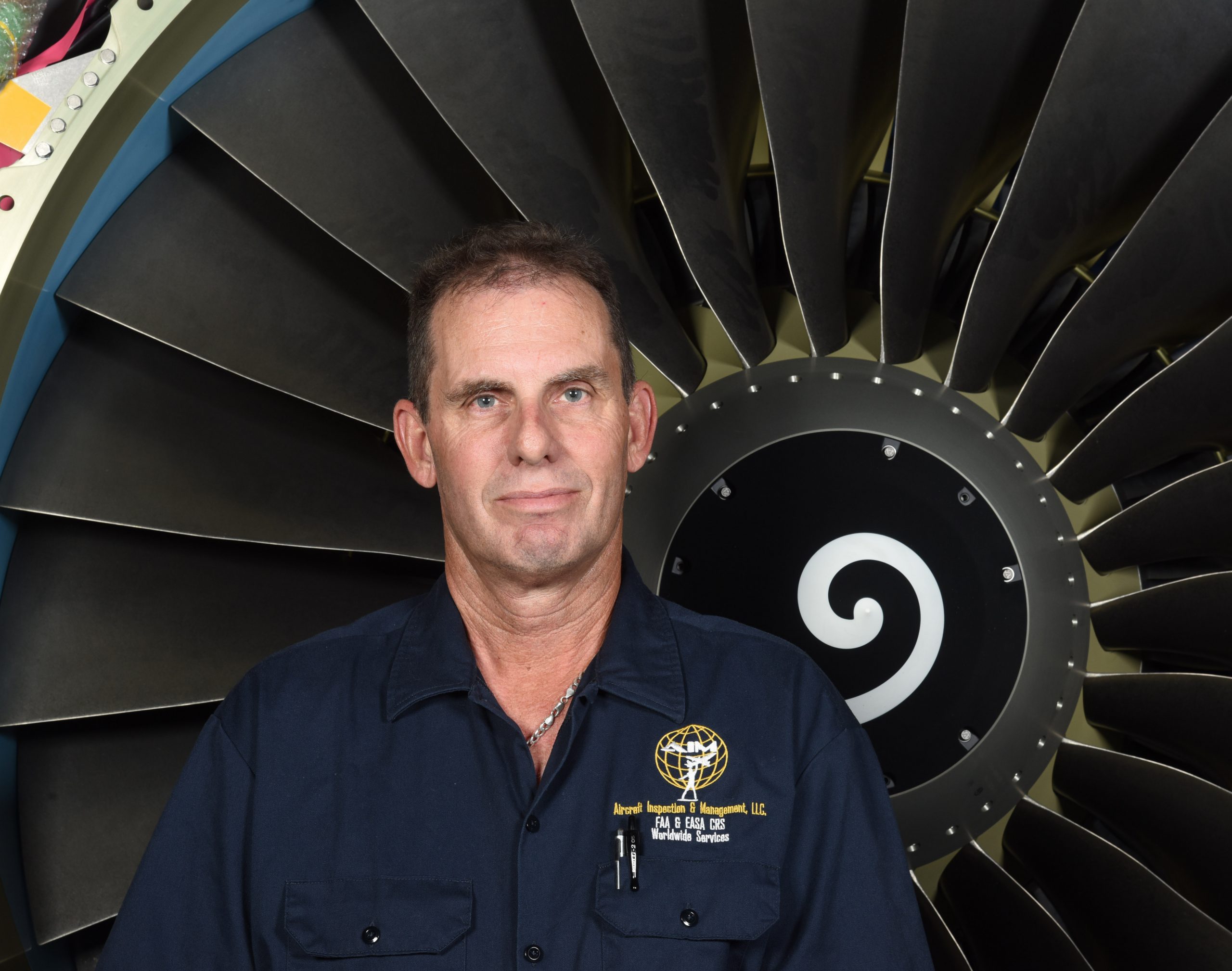 Ed’s passion for aviation can be seen through his impressive 20-year military aviation career and his 21-year civilian aviation career. While serving in the USAF he worked with B-52, B-1B and KC-135 aircraft. Some of the large-scale projects that he has undertaken include overseeing storage and return to service activities on a variety of aircraft. He is currently engine/taxi certified on several aircraft series. Additionally, he has formal training on numerous airframe types and experience on 18 different aircraft. This makes him an asset to AIM’s clients and junior mechanics, who find his background invaluable in AIM’s training program. Ed has a Bachelor of Science in Professional Aeronautics.

Ed is a native of Summerville, Oregon. His hobbies include hiking, reading and travel 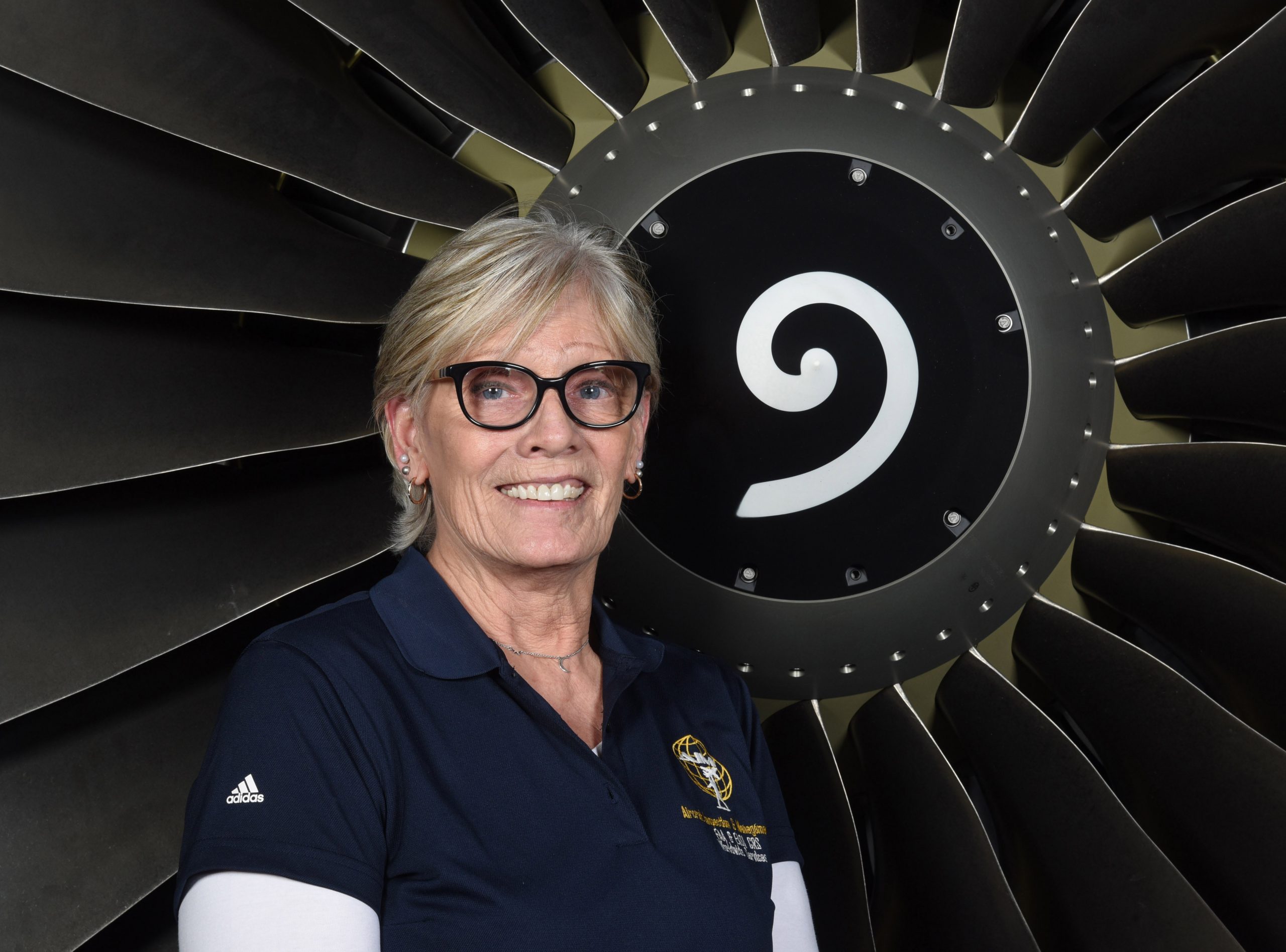 Cindy has 22 years’ experience in planning the maintenance and storage of aircraft. Her knowledge of large-scale storage of airframes, engines (removals and installs), aircraft and engine reactivation constitutes a new service that AIM is proud to add to its current portfolio. Cindy specializes in planning reclamation work scopes of part removals and in coordinating these with customers.

Cindy was born and raised in Fraser, Michigan and has been a Tucson resident since 1993. She loves to live life to the fullest by helping others. Her hobbies include reading, painting and spending time with her family and pets 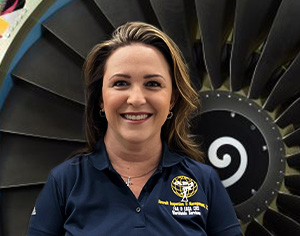 Kate brings to AIM more than 25 years’ experience in HR, Safety and Organizational Management from the public and private sectors in Arizona. She is passionate about availing herself as a resource to staff and strives to bring out the best in them. She does this by developing collaborative teams and creating a culture that makes AIM a great place to work at. She is also a qualified life coach and mediator, the latter being a skill she uses to achieve the best outcomes for companies and employees at odds with each other.

Kate is originally from Pecos, New Mexico. She moved to Tucson in 1989 to attend the U of A for multiple degrees, fell in love with the warm weather and friendly people and has been a resident since then. Her hobbies include spoiling her eight grandchildren, fishing, hunting and all kinds of crafts. 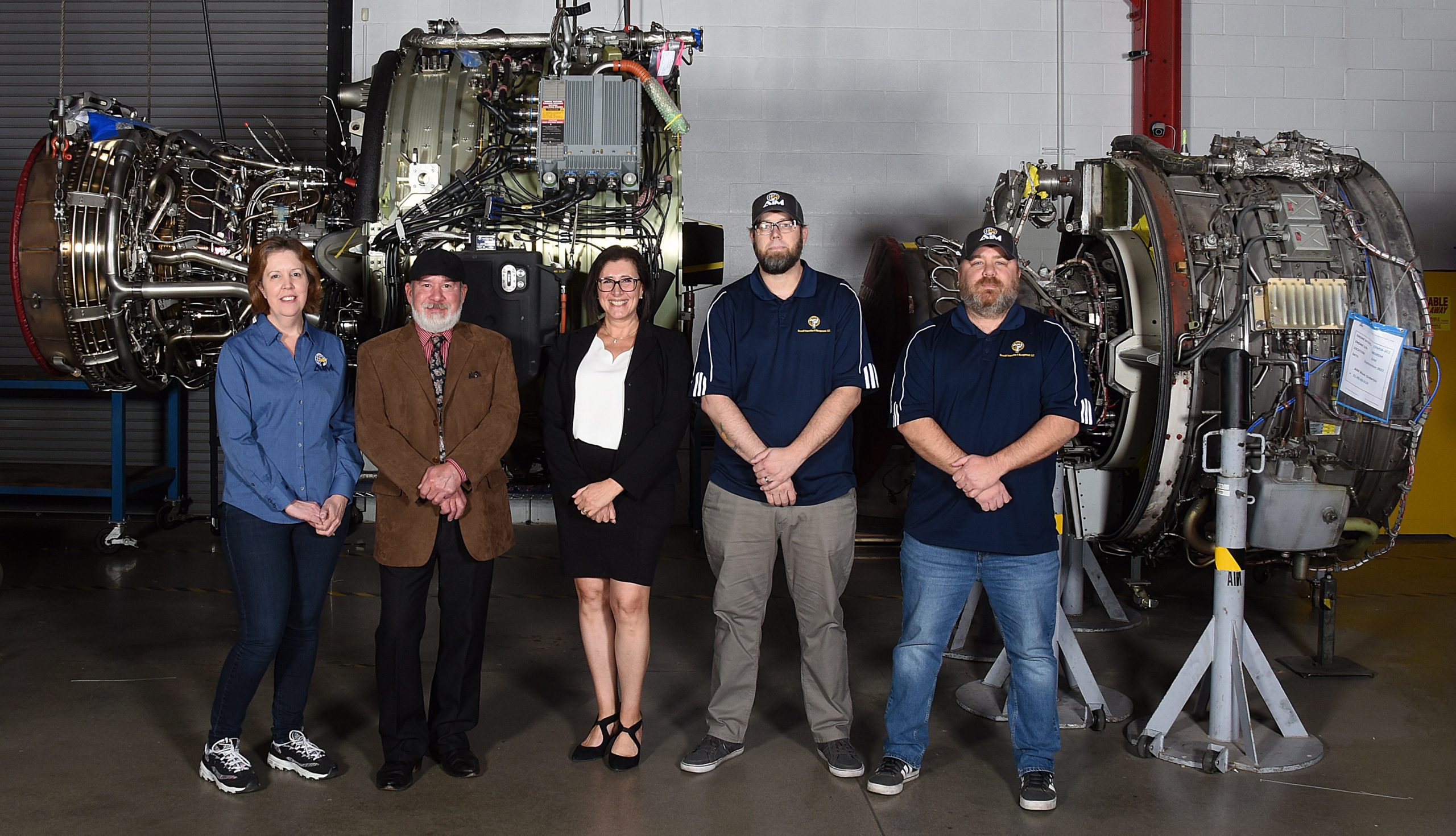 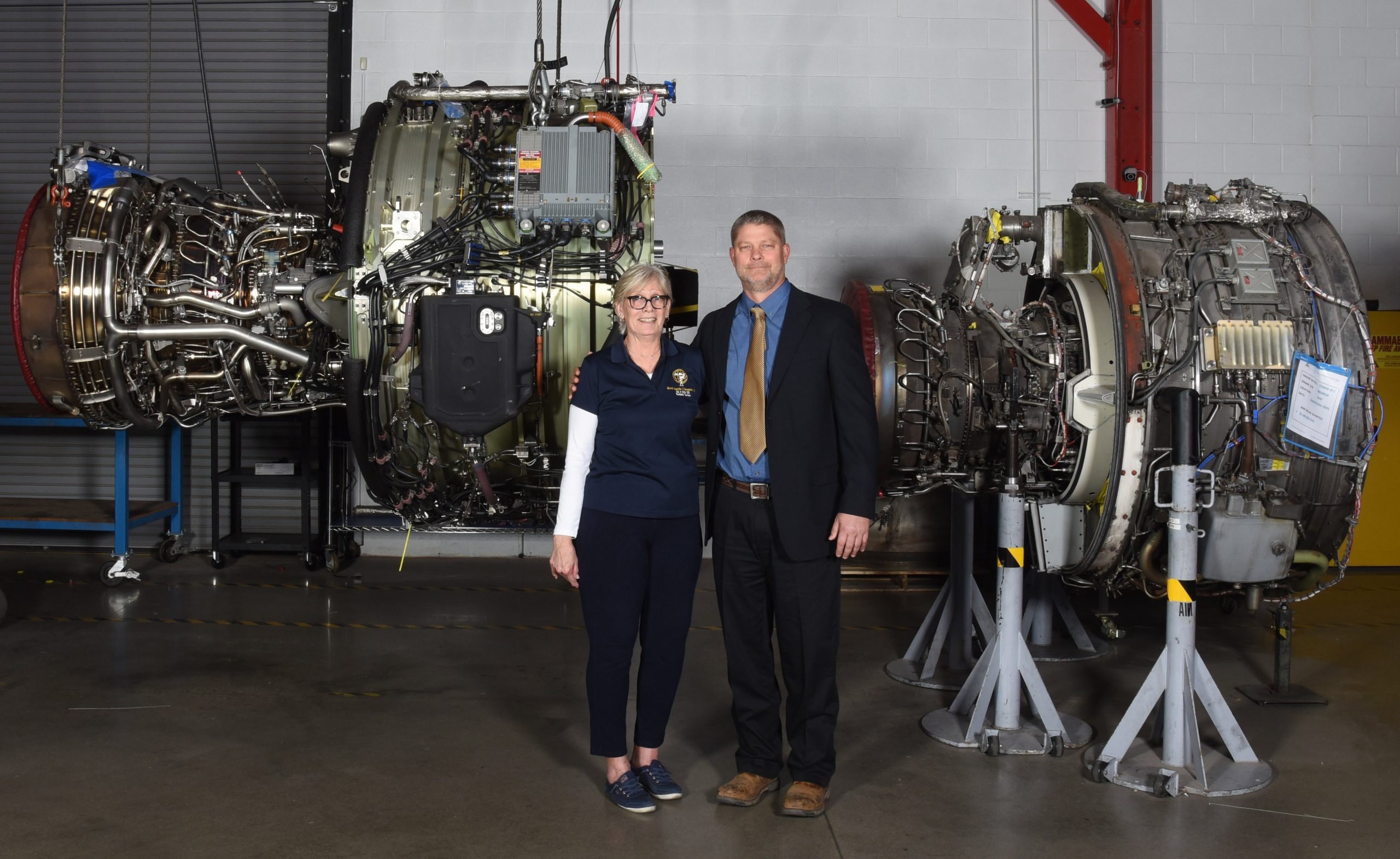 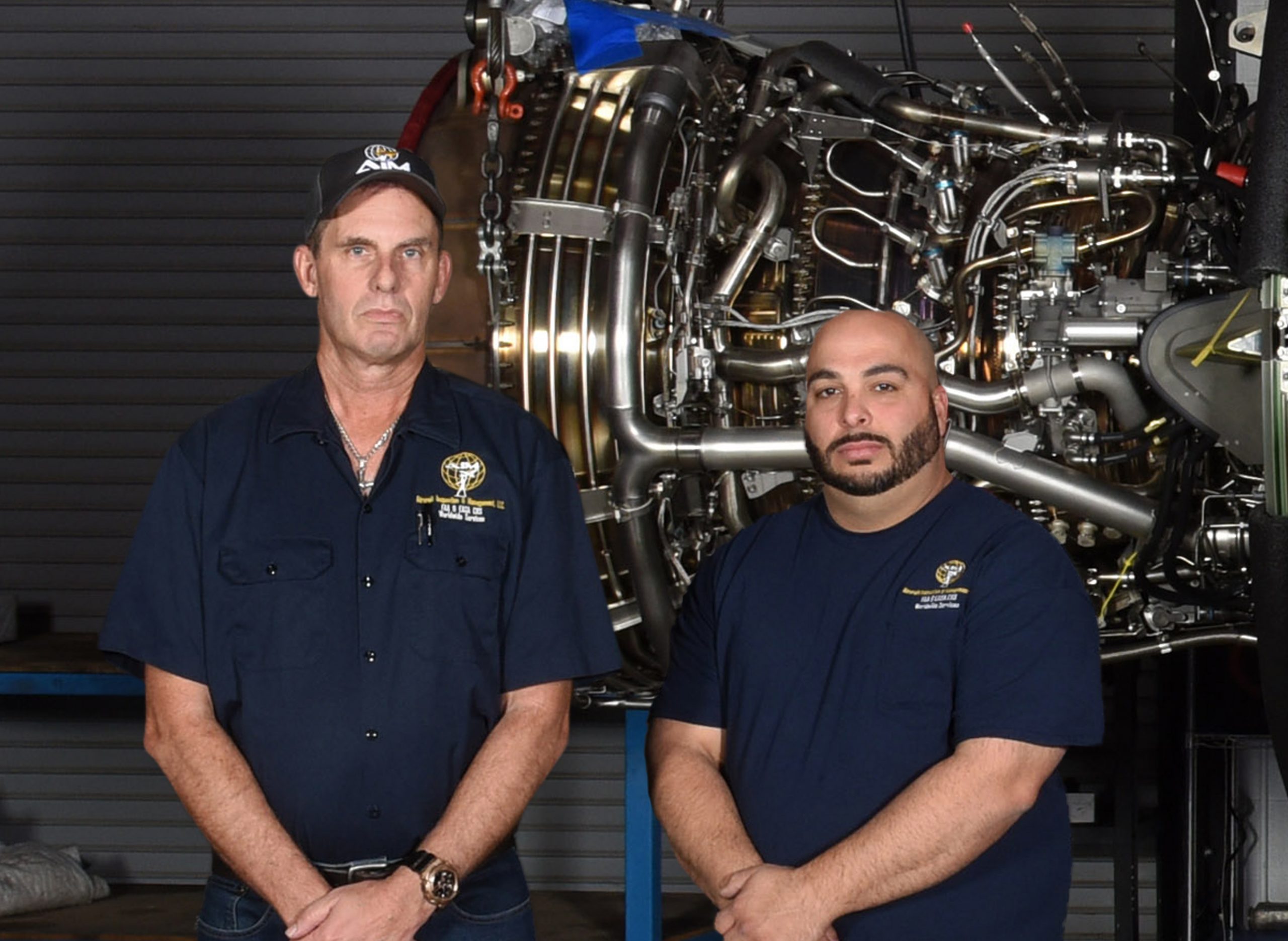 Our team of technicians and inspectors are highly skilled experts who are committed to quality service and Customer satisfaction. This group, which includes A&P mechanics and FAA Repairmen, stay ahead of key developments in the industry through ongoing OJT-based training, which ensures they’re able to tackle any task quickly and efficiently. 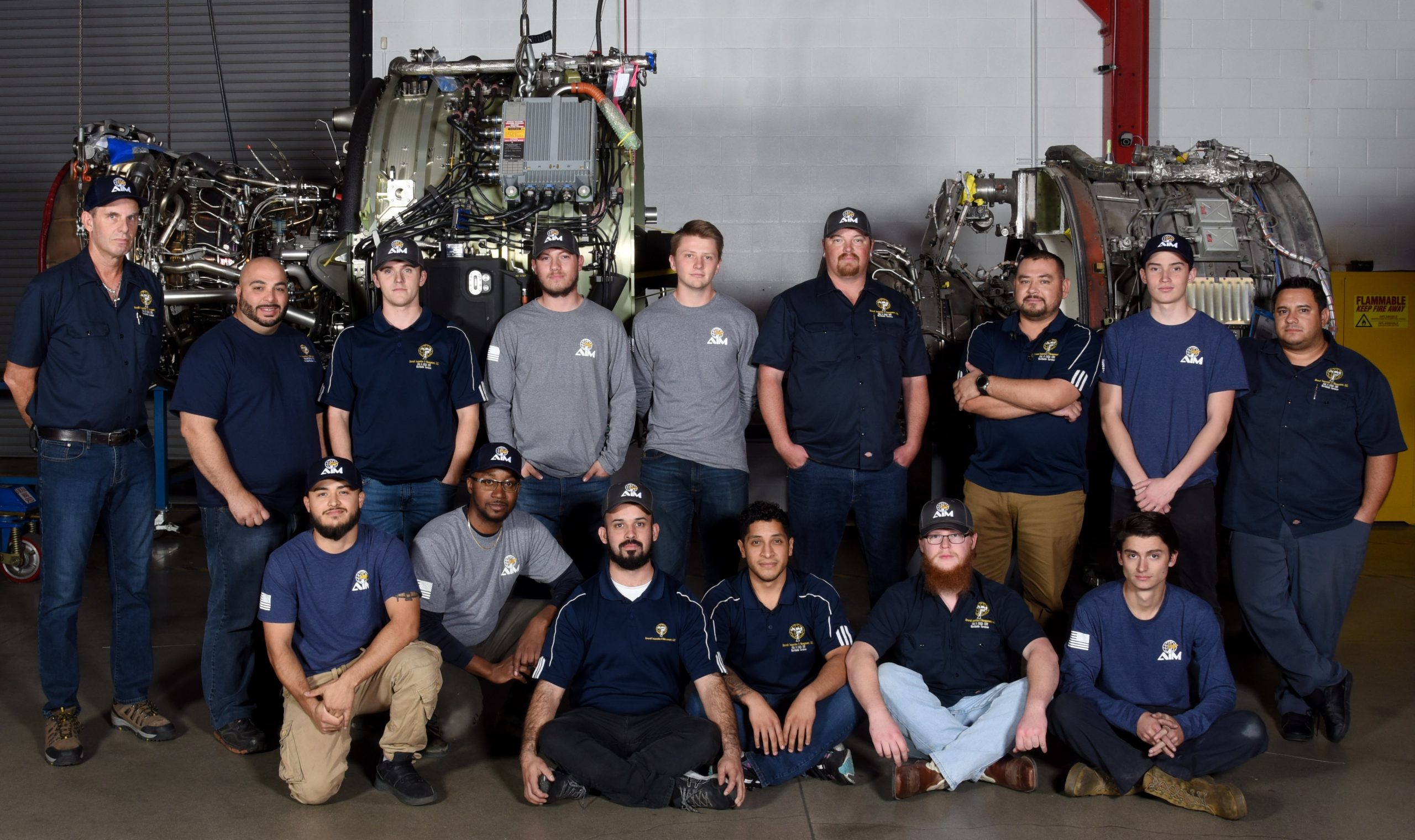 Send us an inquiry 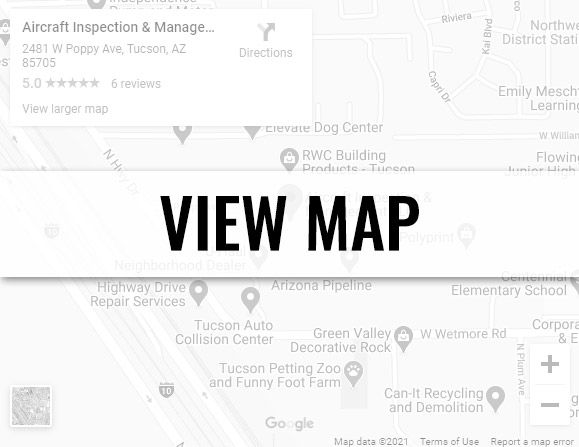